The Hemingway Daiquiri is a little tart and sweet, and (yes!) sophisticated. Named after ol’ Ernest, it’s made with white rum, lime and grapefruit juices, and maraschino liqueur.

When you think of a daiquiri, you probably think of a drink that’s very sweet, fruit-flavored, and possibly coming out of a slushee machine. Tasty, maybe, but not very grown-up.

Enter the Hemingway Daiquiri. It’s light, perfectly balanced, sweet without being cloying, and, dare I say it, sophisticated.

This is a drink that will make you think of the daiquiri in an entirely new way.

THE HISTORY OF THE HEMINGWAY DAIQUIRI

In some ways a Hemingway Daiquiri is similar to the more commonly known New Orleans-style slushee version: It contains rum, lime, sweetener, and it’s a pretty color.

But the Hemingway Daiquiri has its own unique history. It’s named for the drink Ernest Hemingway used to enjoy at Havana’s famous La Floridita cocktail bar. Thanks to Hemingway’s friend A. E. Hotchner, who covered it in his memoir Papa Hemingway, the original recipe went something like this:

This drink, which at the time was known as a Papa Doble, was served to tourists who wanted to follow in the boozy footsteps of Papa Hemingway. (Hemingway claimed to have once had 16 of them in one sitting.)

THE INGREDIENTS FOR A MODERN UPDATE

I tried the Papa Doble, and found it not at all bad, a little like a boozy limeade. But I think adding more maraschino better suits a modern palate. Maraschino, a cherry-based liqueur you’ll find in a lot of classic cocktails, has a cherry-almond flavor and can be found in the liqueur section of most larger liquor stores. The most common brand is Luxardo.

As far as the rum goes, a humble white rum does well here. White rum (sometimes called silver or light rum) has a sweet taste and is clear, like vodka. You can find both aged and unaged white rum. An aged white rum, like Brugal or Flor de Caña, works very well for this drink, but any light rum will do.

HOW TO MAKE IT FROZEN

If you just have to have a frozen daiquiri (perhaps poolside on a hot day?), you’ll be glad to know this recipe makes a very nice frozen drink.

To make a pitcher (8 servings) of the frozen version, turn the ounce measurements into cups (2 cups white rum instead of 2 ounces, 3/4 cup lime juice instead of 3/4 ounces, etc.), then add all the ingredients to a blender instead of a cocktail shaker.

Add ice a handful at a time, and run the blender until you achieve the desired consistency. 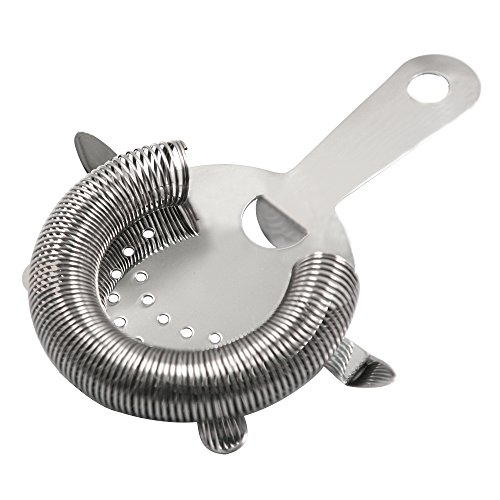 This post may contain links to Amazon or other partners; your purchases via these links can benefit Simply Recipes. Read more about our affiliate linking policy.